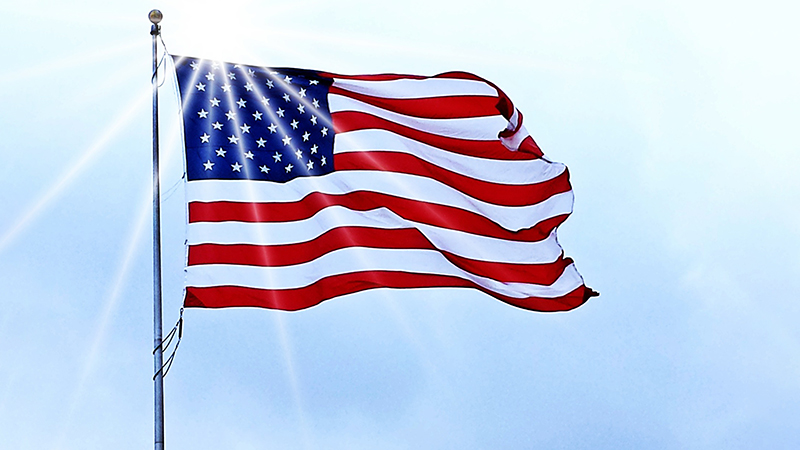 We are writing to you in your capacity as Deputy Director of the White House Office of Public Engagement and, more particularly, with regard to the involvement of the United States government in the fate of a Hydro-Québec electricity export Project. This project, which involves the construction of a transmission line crossing through Maine from North to South, is known in the United States as the New England Clean Energy Connect (NECEC) Project. On October 7, 2020, we wrote to Mr. Christopher A. Lawrence, Electricity Policy Analyst, Office of the Electricity and Energy Reliability (E-20). Acknowledgement was provided that indeed our letter was received, but it did not indicate whether the information it contained would not be included in the NECEC analysis.

On January 15, 2021, the US Department of Energy issued the NECEC Presidential Permit. The following is quoted from the permit. “On October 7, 2020, the Pessamit Innu First Nation, Wemotaci Atikamekw First Nation, Pikogan, Lac-Simon and Kitcisakik of the Anishnabeg Nation (the Nations) submitted late-filed comments to DOE focusing on the impacts of the proposed project in Canada. Because the Nations’ comments were filed nearly three years after the deadline, the comments will not be considered. The Department notes, however, that NEPA does not require an analysis of potential environmental impacts that occur solely within another sovereign nation with its own environmental statutes and regulations that result from actions approved by that sovereign nation. Further details appear in the accompanying EA.”

The exclusion of our comments is disappointing considering the proven violation of our rights by the Quebec Government.

We understand that on November 8, 2019, the Assistant Secretary of Electricity made the following statement: “DOE’s Office of Electricity typically provides a 15-day public comment period for its EAs. In the case of NECEC, DOE intends to make a draft EA available for a 30-day public comment period to provide more time for input by your concerned constituents and local experts, in coordination with USACE, DOE will evaluate and respond to comments received as appropriate.”

The Environmental Assessment was issued on January 14, 2021. The Presidential Permit was issued the next day. Unfortunately, we were not given the opportunity to have our concerns addressed and our questions answered.

Section 102(2)(F) of National Environmental Policy Act (NEPA) requires that Federal agencies “recognize the worldwide and long-range character of environmental problems and, where consistent with the foreign policy of the United States, lend appropriate support to initiatives, resolutions, and programs designed to maximize international cooperation in anticipating and preventing a decline in the quality of mankind’s world environment.” 43 U.S.C. § 4332(F). Furthermore, NEPA’s legislative history supports the requirement that agencies take into consideration the environmental impact of a proposed project on other countries. See, e.g., H. Rep. No. 91-378, 91st Cong., 2d Sess. (1969) (“Implicit in [Section 101 of NEPA] is the understanding that the international implications of our current activities will also be considered, inseparable as they are from the purely national consequences of our actions”); House Comm. on Merchant Marine and Fisheries, Administration of the National Environmental Policy Act , H.R. Rep. No. 92-316, 92d Cong., 1st Sess. (1971) (“The history of the Act makes it quite clear that the global effects of environmental decisions are inevitably a part of the decision-making process and must be considered in that context.”) See also Backcountry against Dumps v. Chu, 215 F. Supp. 3d 966, 972 (S.D. Cal. 2015).

Finally, the US Army Corps of Engineers Environmental Assessment states: “Furthermore, as evidenced in CMP’s GHG filings noted herein, as well as Hydro-Québec’s May 20, 2019 letter to Governor Mills regarding its available and projected energy supply, the Project will not require the construction of new dams in Canada, so the proposed transmission line would have no new effect on indigenous Canadian populations.” This is a misleading statement.

Firstly, Hydro-Québec has already increased installed production capacity in nine hydroelectric power plants and has plan to do the same in five others, all on our traditional territories. This increase in power is for electrical export as the electricity used within the Quebec market has been declining since 2004. These 14 planned and completed capacity increases are done without consultation with our First Nations and without environmental impact studies. Had these environmental studies been completed, they would have examined the negative impacts our communities will be forced to endure with regards to their traditional activities. The studies would also have examined the impacts these production increases would have on our ancestral lands and constitutional rights.

Secondly, Hydro-Québec neglected to take into consideration that the “Appalaches-Maine” transmission line (if built, this line would bring power from the Hydro-Québec power plants to the NECEC line) is entirely located in the Waban-Aki Nation traditional territory. The Waban-Aki Nation would be directly impacted by the line and will therefore have to make important decisions in this regard.

Due to the proven violation of our rights by the Quebec Government, we strongly hope the DOE set the Presidential Permit aside and recommend that a full impact study be conducted, including considerations identified in Sections 101 and 102(2)(F) of National Environmental Policy Act. This would allow the DOE to acquire an objective perspective concerning the respect of our rights by the Quebec Government before it considers issuing a new permit.

Many thanks for your time and consideration. In the hope that we may soon discuss this issue with you, please accept our best regards.

To view the letter in pdf format: Letter to Mr. Adrian-Saenz – White House