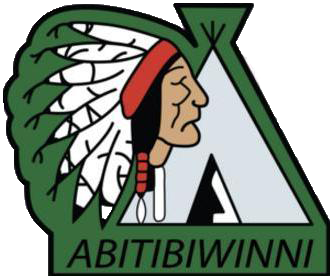 Five Indigenous communities take their cause to the United States

WASHINGTON, October 7, 2020 – In a brief submitted to the US Department of Energy (USDOE) in Washington, the First Nations of Pessamit (Innu), Wemotaci (Atikamekw), Pikogan, Lac Simon and Kitcisakik (Anishnabeg), have once again expressed their opposition to the development of an electricity transmission line from Quebec to southern Maine to supply Massachusetts.

Claiming that 36% of the total hydroelectric power installed by Hydro-Quebec has been stolen from us since it is produced in our respective ancestral territories from reservoirs, dams, power plants and various other installations, without prior consultation, without our consent and without compensation, our five communities together are denouncing the export project known in the United States as the New England Clean Energy Connect (NECEC) project.

We have presented our brief to the USDOE which is responsible for issuing the presidential permit needed for construction of the line in the United States. Our brief is supported by a broad coalition of environmental organizations, Indigenous communities, and New England citizen groups, who also oppose this project. Several media outlets, as well as various regulatory and American political authorities, have also taken note of our action.

The leaders of our five communities stated that they want to seize this opportunity to force the settlement that has always been denied to us and to obtain justice for what is morally, legally and constitutionally indefensible. In 2018, the Pessamit First Nation helped derail the Northern Pass transmission line project that would have cut through the state of New Hampshire from north to south to bring electricity to Massachusetts. Faced with the inaction of the Quebec and Canadian governments, and in the face of this new attempt by Hydro-Québec to send 9.45 TWh per year to the northeast of the United States, our leaders recall that history could be repeated, again:

“If governments turn a deaf ear to our rights, Pessamit, Wemotaci, Pikogan, Lac Simon and Kitcisakik will do their utmost to derail the NECEC project in return!”

We Refuse to Continue to be Robbed!

Speaking on behalf of his elected Counselor Guy Laloche of Wemotaci declared the following: “Hydroelectric infrastructures are still being operated by Hydro-Québec on our ancestral territories against the rights recognized by the Constitution Act of 1982 and jurisprudence of the Supreme Court of Canada. Yet the Innu, Atikamekw and Anishnabeg Nations were never conquered. We have never surrendered our rights or accepted their extinction. But we are still deprived of these rights by Quebec and its crown corporation, Hydro-Québec. Our approach is therefore to oppose the sale in the United States of what belongs to us, without our having a say. We refuse to continue to be robbed! ”

Quebec Is Getting Richer at Our Expense

The Chief of Kitcisakik, Mr. Régis Penosway, added the following: “Our community is located at the foot of a dam which inundated a large area of our ancestral territory equal in size to the island of Manhattan (59.1 mi2). Although surrounded by Hydro-Québec installations, our homes have no electricity or running water and have no wastewater management infrastructure. Our First Nations have enabled Quebec to industrialize and the majority of its citizens to access a better quality of life, but the health and well-being indicators for our communities continue to be comparable to those in third-world countries.”

The Campaign in Full Swing

As our campaign to oppose the NECEC project is in full swing and is arousing more and more interest in the USA, other Indigenous communities in Quebec are joining us and several First Nations of New England have announced their support. For our leaders, it is no longer a question of whether the governments of Quebec and Canada owe us reparation and compensation, but rather WHEN and HOW they intend to take restorative action. (For more information, see: https://quebechydroclash.com/)